For U.S. Healthcare Professionals Only 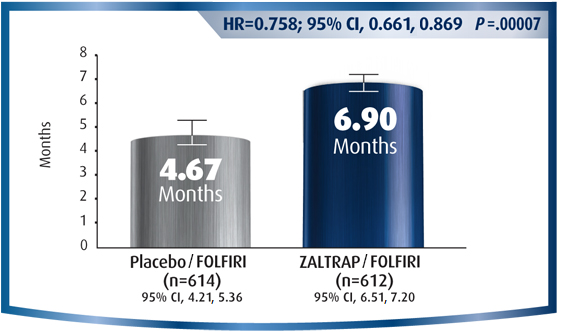 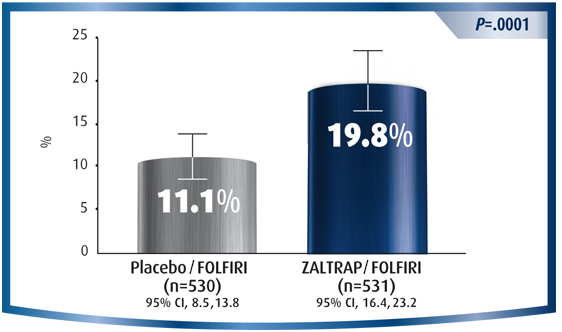 †In VELOUR, 165 patients were excluded from response rate analysis (13.2% for ZALTRAP/FOLFIRI and 13.7% for FOLFIRI alone), primarily due to nonmeasurable disease at baseline.

ZALTRAP®, in combination with fluorouracil, leucovorin, irinotecan-(FOLFIRI), is indicated for patients with metastatic colorectal cancer (mCRC) that is resistant to or has progressed following an oxaliplatin-containing regimen.

USE IN SPECIFIC POPULATIONS

Learn more about the pivotal

In the U.S., ZALTRAP is a registered trademark of Regeneron Pharmaceuticals, Inc.

ZALTRAP was developed in collaboration with Regeneron Pharmaceuticals, Inc.

This site is intended for U.S. Health Care Professionals only.